Downer’s transformation of Cobham Drive for Wellington City Council, in partnership with Waka Kotahi, has taken the prize for “Best public works project over $5m” at the recent IPWEA New Zealand Awards.

The annual Institute of Public Works Engineering Australasia NZ awards are a celebration and recognition of people, teams and projects from all over the motu.

The institute says all the winning projects have made a noticeable positive impact on communities in Aotearoa. That’s definitely the case with the new Wellington paths and landscaped areas that form part of Tahitai, the coastal walking and biking connection from Te Motu Kairangi (Miramar Peninsula).

People of all ages can now regularly be seen strolling, jogging, skating, riding, wheeling, scooting, fishing, sitting and generally enjoying the new paths and improvements that have been made to this once neglected end of the harbour.

The project, and others under way around the city, are making it possible for more people to get places in low carbon ways. It has also made it much easier and safer to experience the five Meridian Energy wind sculptures, which are dynamic, eye-catching features of this sometimes wild and exhilarating gateway to the city.

The area is reclaimed land and the project included carefully removing more than 400 truckloads of bricks, rusting steel, concrete and other demolition materials from the foreshore and seabed.  It also included the construction of a new engineered rock bank (revetment) designed by Tonkin and Taylor to help protect the road from storm damage and provide safer places for kororā (little blue penguins) to nest.

The crews worked hard to protect and respect the coastal environment, managing jobs that could only be done at certain tides, and working around penguin nesting and resting seasons with great vigilance and care.

Every day before work began, workers checked for penguins that might have taken refuge overnight. They looked under and around vehicles, and in areas where rock was being moved using torches when necessary, and a special camera to see deep into crevices.

Designed by Isthmus in collaboration with Taranaki Whānui, and Calibre, the project has a number of landscaped areas, including the area near the Evans Bay marina, which features the name Te Awa-a-Taia.

The name used for the area that is now Kilbirnie is an acknowledgment that Lyall Bay and Kilbirnie were once part of the sea. Te Awa-a-Taia was the name for the channel of water, or second harbour entrance, which originally separated Te Motu Kairangi from the mainland.

Shaun Donovan, Downer’s Wellington Regional Director, says; “I’m really proud of the team’s work on this rewarding and multi-faceted project. We’ve helped to build something great for the community, and a fantastic asset for the city. Throughout the project the team prioritised environmental and safety outcomes, and overcome many challenges including the weather. Congratulations to everyone involved, this recognition is so well deserved for the entire team and all involved.”

In a One Downer collaboration the project was delivered by Transport, whilst our Facilities Greenspace team carried out all of the soft landscaping work which now lines this gateway to Wellington city. The team setup a purpose-built nursery onsite to manage the storage and hardening of the 37,000 locally eco-sourced plants, along with the reuse of rocks which provide structure and shelter for the vegetation including shrubs, low bushes, flaxes, and grass. All the species were chosen with the harsh coastal environment in mind and will help to provide safer places for kororā (little blue penguins) to nest. 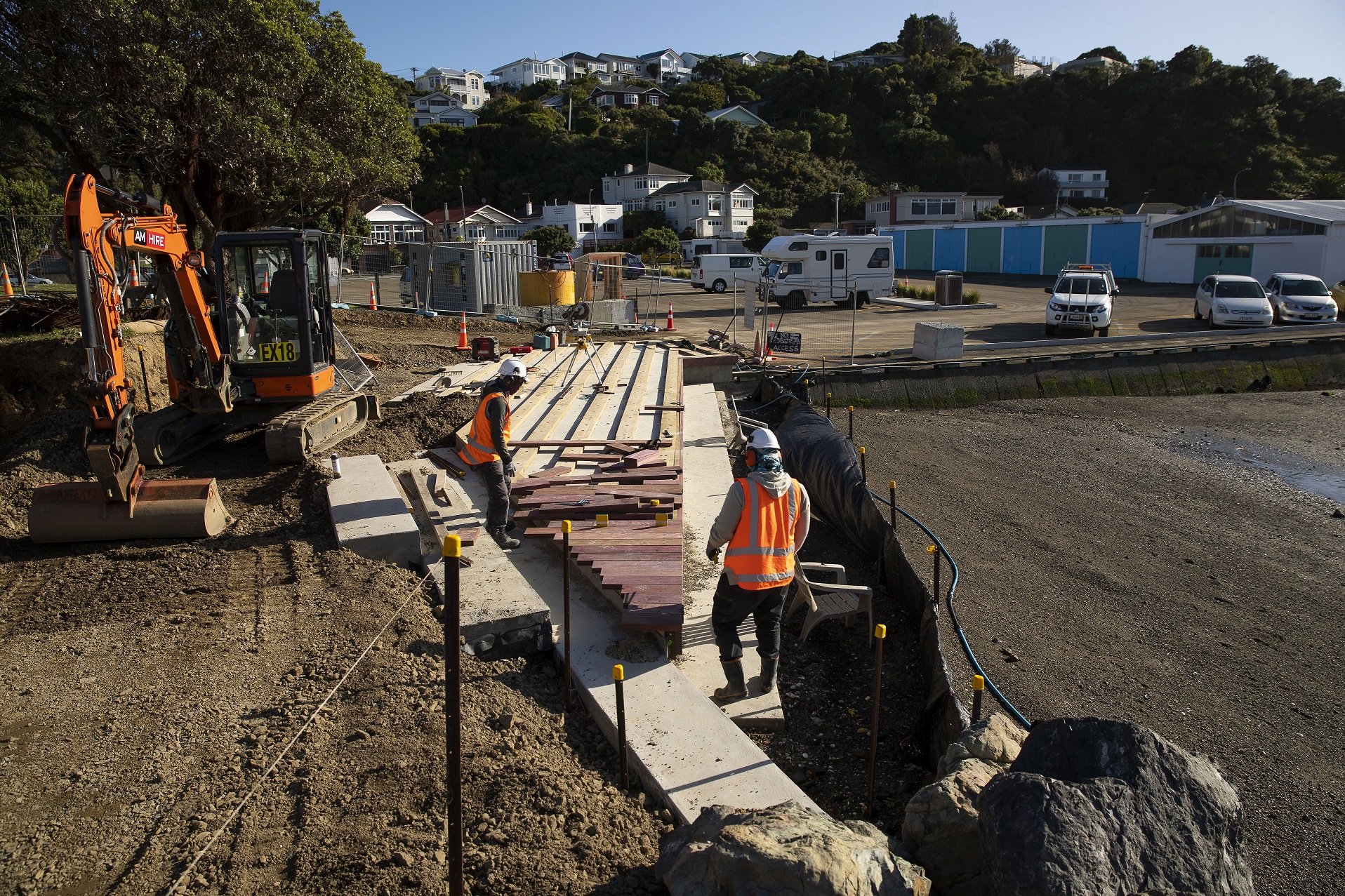 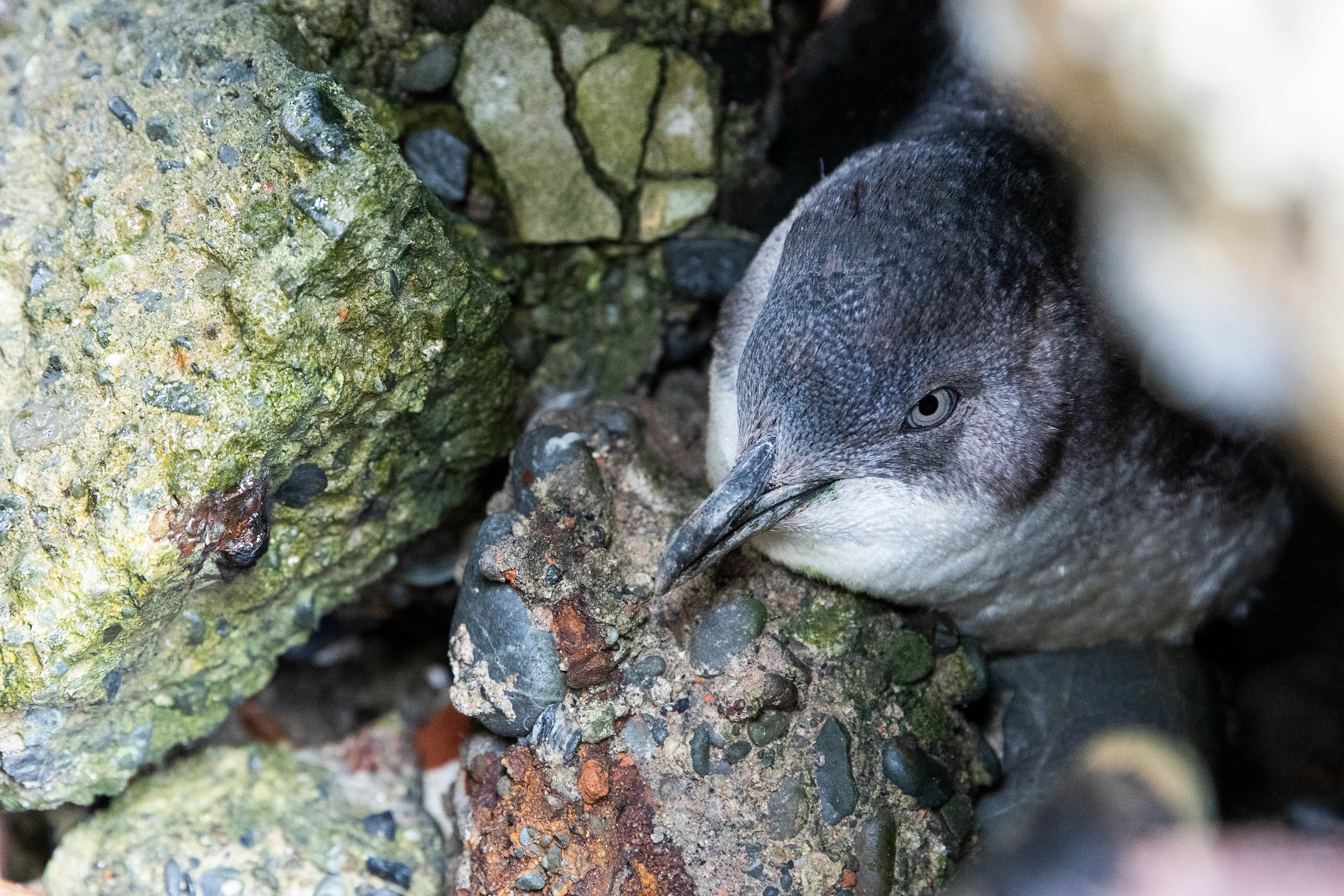 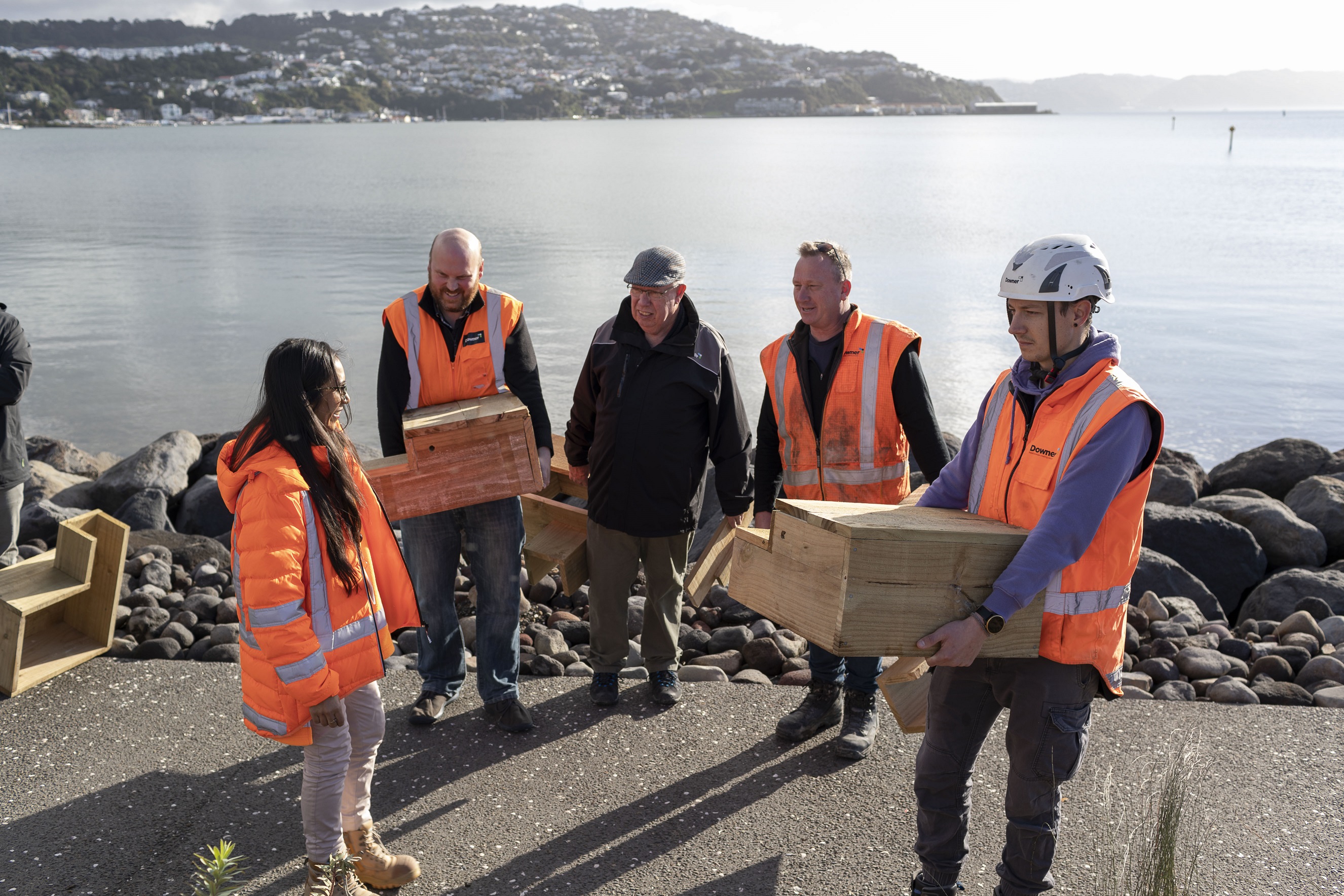 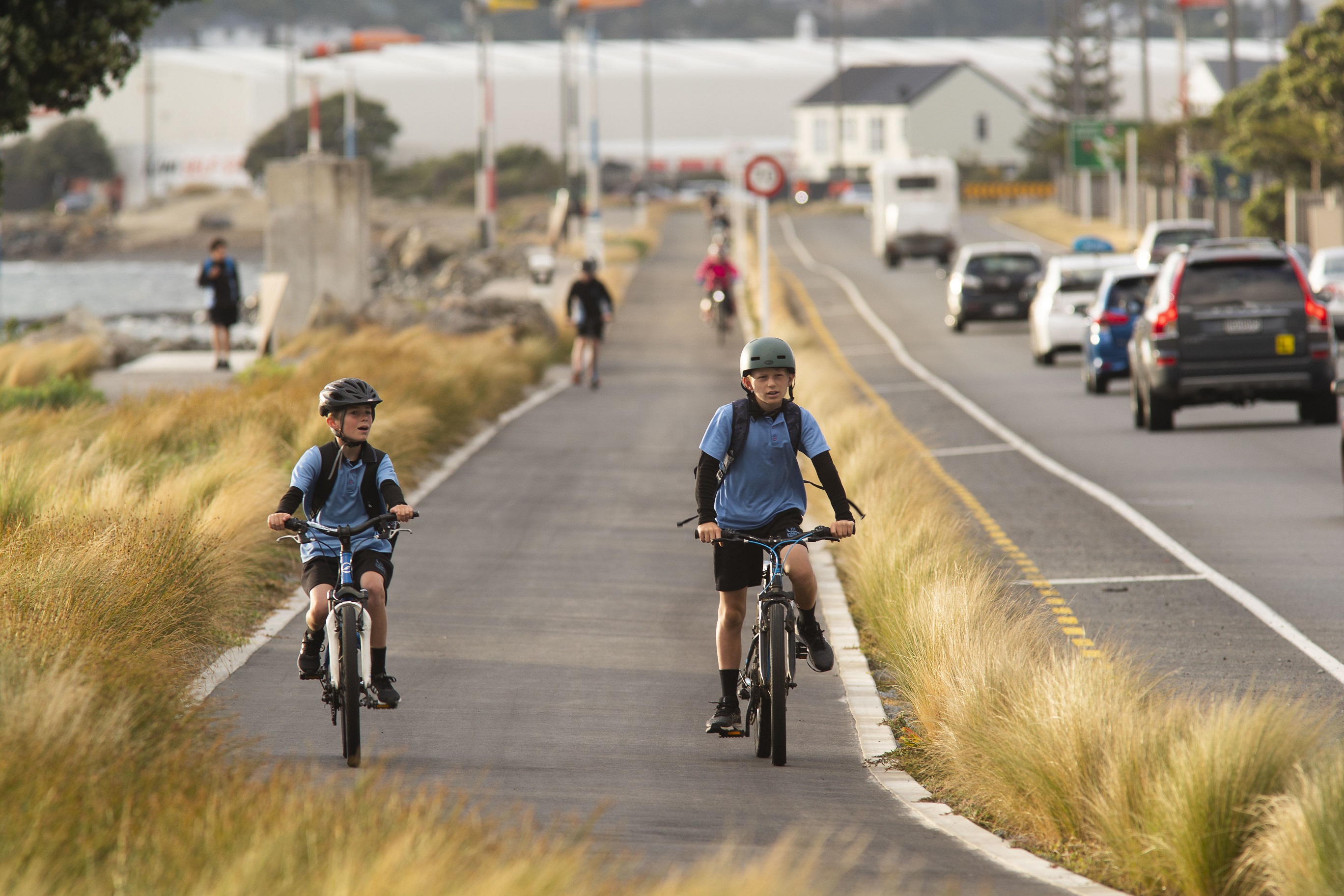