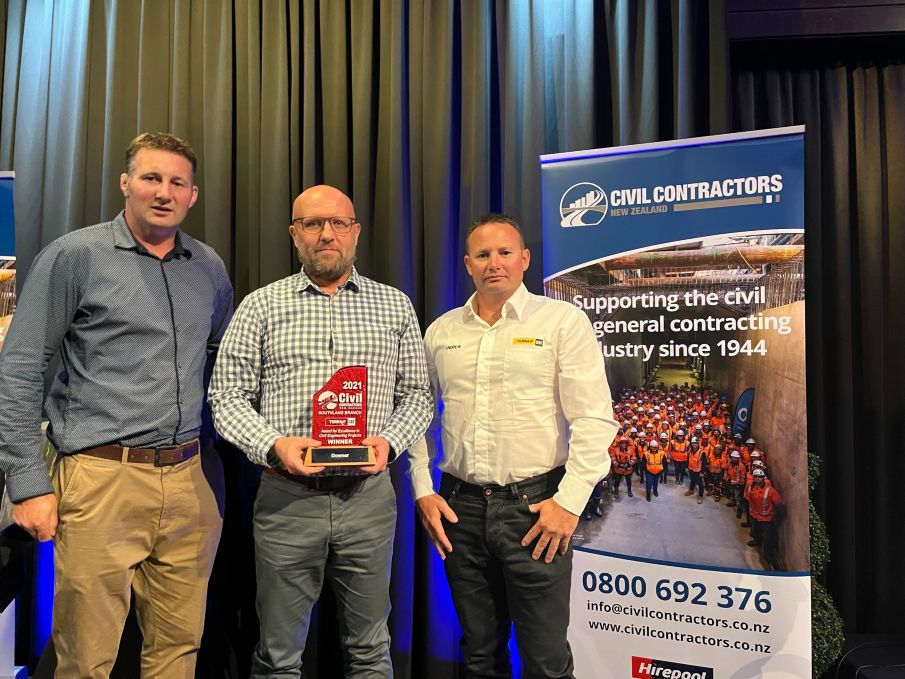 The Homer Tunnel Project was part of the surfacing renewals for the Southland NOC contract. There were various challenges the team had to overcome, including the cold temperatures in June and the remoteness of the site, but the team's accurate planning meant that they were able to deliver the work as scheduled. Construction Manager Sam Bunting also won best photograph for his picture taken at the Milford Road flood remediation. All of the entries were of a high standard and Paving Manager Andrew Dyson and Sam were honoured to collect the awards on behalf of Downer. Thank you also to Bid coordinator Lana McLeod Grant and Senior Design Engineer Daniel Helm for writing up the award.​​​​​​​ A great result, well done to everyone involved.