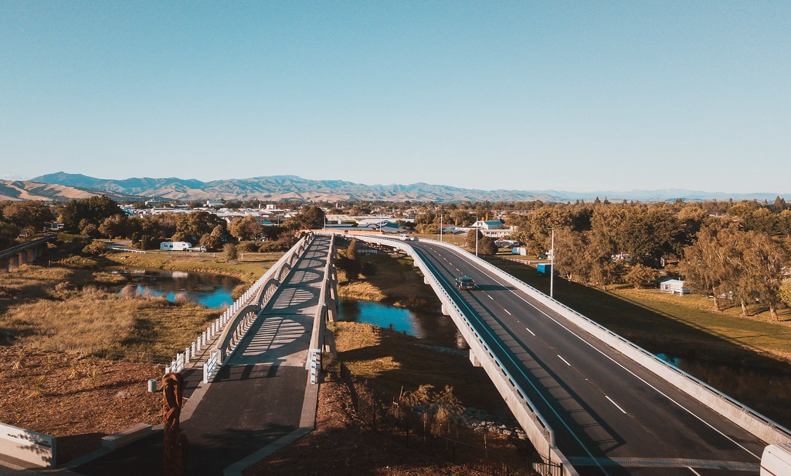 Ōpaoa Bridge, on the northern outskirts of Blenheim provides a better traffic link for motorists travelling between Picton and Blenheim on SH1, with an estimated 28,000 plus traffic movements per day. Built alongside the re-purposed historic Opawa Bridge, which was built in 1917, Ōpaoa Bridge was awarded a prestigious 2021 Heritage Award by Engineering New Zealand for its compatible state-of-the-art bridge design.

Construction of the new bridge and refurbishment of the old one was awarded to Downer by Waka Kotahi New Zealand Transport Agency, with work commencing in September 2018.

Working within a tight and constrained site, adjacent to a motor camp, motel and river, presented some challenges for the construction team, as did strict adherence to minimizing noise, ground vibrations and risk situations.

During construction of a 130-metre section of highway for the bridge approaches and connections to the existing highway, careful traffic management was required to alternate the amount of vehicles moving in each direction. There were also some delays during construction due to the Covid lock-downs and the closure of the highway at Kaikōura as a result of the 2016, 7.8 magnitude earthquake. These roadworks caused some delays in getting the bridge beams delivered from Christchurch, which put the completion date back by a couple of months.

The structure of the new bridge is a conventional design made up of comprising hammer- head stocks above the piers which support 72, 30 tonne concrete beams.

Initially temporary staging was built across the river from where subcontractor, Daniel Smith Industries drove two-metre in diameter piles to a depth of up to 26-metres into the river bed and also constructed the bridge concrete abutments.

With the piles in place, the piers were then constructed with the pre-cast head stocks positioned by crane, as well as the concrete beams. In the original place, concrete deck pours were then completed before installing the TL5 bridge side barriers, which are ‘stitch cast’ to the deck.

Conservation and heritage were key priorities throughout the project and are reflected in both the design of the new bridge and the refurbishment of the old one. The old bowstring arch bridge (also known locally as the banana bridge) has been repaired, steam cleaned and refurbished in a manner that retains its cultural façade and heritage and has been converted to a cycle/walkway. A Māori pouwhenua and two, five-metre long panels that illustrate the history of the river and the old bridge, along with a small landscaped and paved meeting space have been established at the northern end of the old bridge to mark the entrance to Blenheim and the greater Wairau Valley. 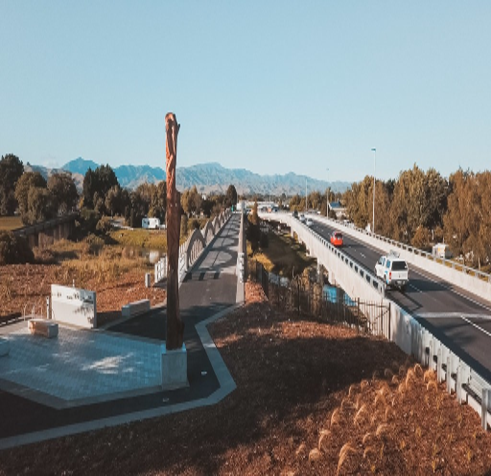 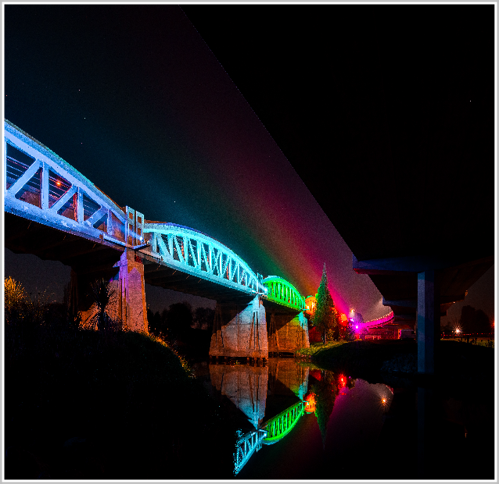